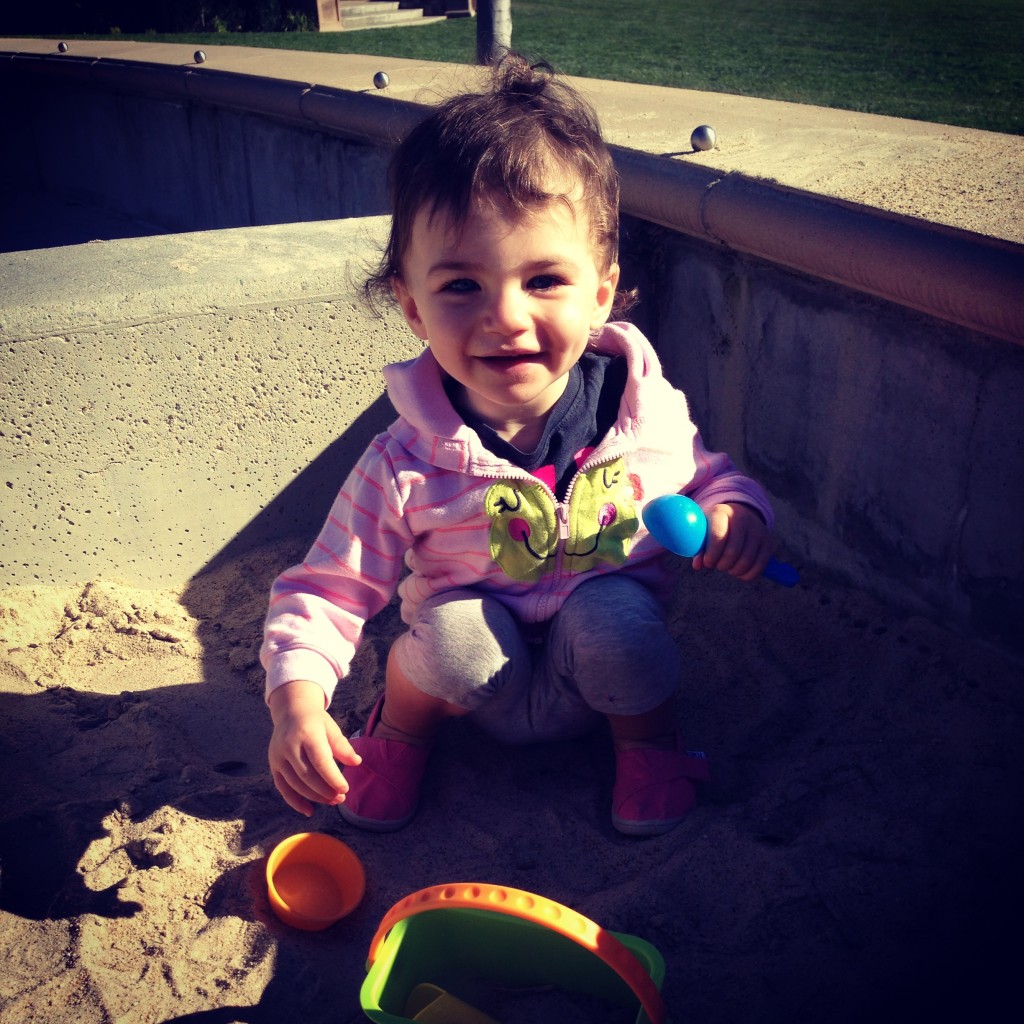 This week, Olivia had her first fever, which reached 103.8 and lasted for a day.  Surprisingly, she acted pretty normal, just a little less rambunctious than usual, and her naps were longer.  O was not a big fan of being poked and prodded, though, so I was really glad to have the temporal artery thermometer

– it’s way easier to get a quick read on a squirmy toddler versus the traditional under-arm one.  The on-call nurse at our doctor’s office told me that her fever was too high to be teething-related, but I took a peek in her mouth and saw both bottom canines and bottom right first molar starting to peek through.  The next day, although her fever was completely gone, she woke up from her nap and acted the exact same way she did a while back (that time, we took her to the doctor, who thought it was teething).  My poor sweetie woke up crying (which she never does) and kept bursting into tears, refused her cup of milk and her snack.  After half an hour of snuggles and tears, I asked her if she’d like to go for a walk, and she seemed to like the idea.  We went to the park and played in the sandbox, and pretty soon she started smiling and going for my bag, saying “milk”.  My baby was back!